The old photographers’ saying, “It’s not the camera, it’s the photographer” sounds like a self-serving flattery when it comes out of the mouth of a photographer, yet has never been more accurate than today. Its ironic how, as a professional photographer, I posses the knowledge of manipulating the most sophisticated gear and cameras available, yet when I shoot an image on the iPhone the resulting image is an embarrassment. Rushing to my defense I’ll utter each time, “I’m a terrible iPhone photographer…” So when I see amazing images, shot with the iPhone, I’m impressed with what can be achieved.

Director Ricky Fosheim takes iPhone skill to a whole new level. His film “And Uneasy Lies the Mind” was shot entirely on the iPhone. Every frame, from the opening titles to the promotional posters, was shot on the iPhone. Here is everything you need to know about how Ricky Fosheim shot this film in his own words.

Peter is a freshly minted movie star. He has it all: wealth, fame and a beautiful expecting wife. When the couple’s two best friends join them at their new mountain mansion for Peter’s birthday, envy, secrets and paranoia play out behind a barren winter landscape. Soon the two couples grow increasingly antagonistic and turn to alcohol and drugs to bury the past. When an old friend shows up unexpectedly, Peter must scramble to protect his new life. The harder he fights to hold it all together, the faster he descends into a cavernous mental abyss. As the night grows late, Peter is forced to decipher reality from a twisting rabbit hole of truth and illusion. 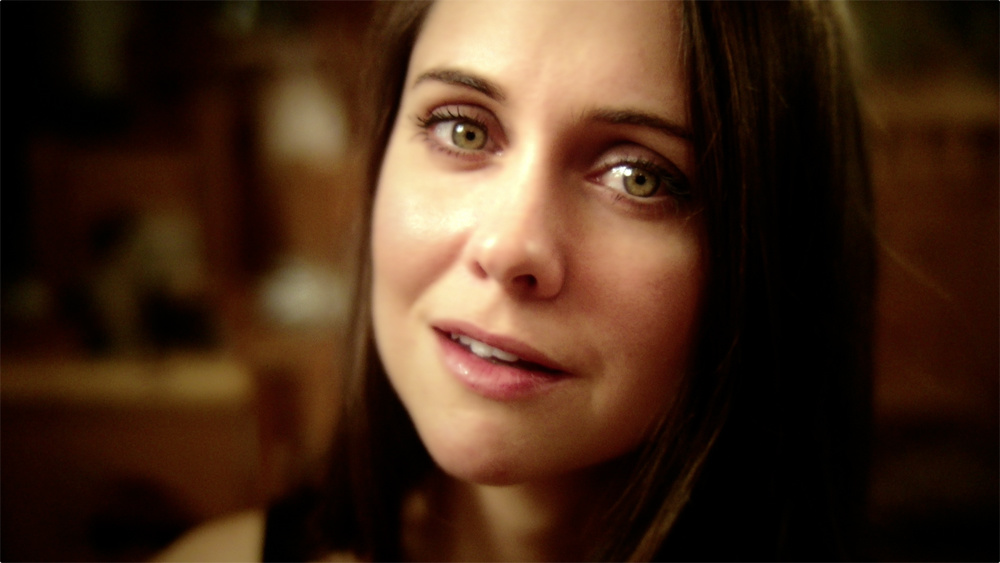 Why did you choose to shoot this movie on the iPhone?

“And Uneasy Lies the Mind is told from the perspective of a man who has been robbed and violently hit over the head. As he lays dying in the middle of an open field, our story unfolds through his fragmented and traumatized memories. These memories are far from crisp and clean, so the visuals in the story needed to reflect this.

The filmmakers originally wanted to shoot on 16mm film. Without the budget for it, they decided to go on a quest to replicate a 16mm film aesthetic with modern day camera technology. Afterplaying around with the iPhone 5, and an after market lens adaptor called the Turtle Back (www.turtleback.hk), they fell in love with the look and knew right away that this was the aesthetic in which to tell the story.

“The images were raw, dirty, vignetted, and unlike anything they’ve ever seen before. Most cinematographers and photographers try to avoid these unpleasant side affects at all costs. The filmmakers behind And Uneasy Lies the Mind, however, decided to fully embrace these limitations and use them as powerful storytelling tools.” 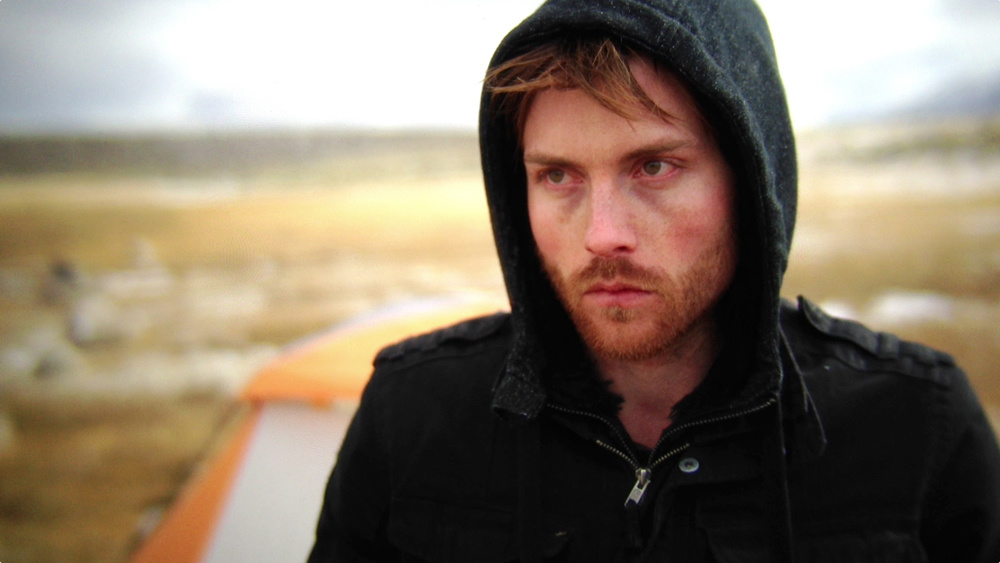 How did you shoot this movie on the iPhone?

“In the middle of the Turtle Back Lens Adaptor is a glass focusing screen with a patterned texture, almost like a finger print. Hair, dirt, and oil from my hands would always get stuck on thesefocusing screens. I completely welcomed these textured imperfections and chose not to clean or replace any of the dirty parts. At times I would even add dust and dirt. Another really interesting side affect when shooting through the focusing screen is the heavy vignette around the entire image. You can control this vignette by adjusting the iris directly on the lens. The more you close down, the thicker the vignette gets. Even at a mid range f-stop of 5.6  the vignette becomes so thick that the edges are extremely dark, full of aberrations, and start to deteriorate in beautiful and unpredictable ways. To have complete control of this vignette, I chose to shoot on very fast lenses. My Nikon F mount glass opened up to a f1.4. The vignette also changed dramatically based on the focal length of the lens. I shot most of the movie on a 35mm and 50mm lens, which had a medium amount of vignette. The 18mm was extremely vignetted and I could only shoot wide open with it or else it looked like I was shooting through a black hole. Shooting wide open with a shallow depth of field added yet another beautiful layer to the aesthetic: letting the actors fall in and out of focus. I chose to put the camera right in the middle of the action, with actors literally bumping in to me at times. Again, this added to the disorientation and claustrophobia that I was trying to achieve. While shooting on the iPhone, I used an app called Filmic Pro (www.filmicpro.com). It’s incredibly powerful and allows you to control the frame rate, compression, and numerous other settings. It also has a beautiful feature that is similar to the way in which you control the shutter with a conventional film camera. You cannot only choose your frame rate, but you can choose your playback frame rate, too. I shot a lot of the abstract sequences at 6 fps and would play them back at 6 fps, but it was still imbedded into a 24 fps video. The results are these incredibly blurred images full of watercolor-like movement. As these abstract scenes would progress, I would adjust the frame rate and playback frame rate to further deteriorate the images.” 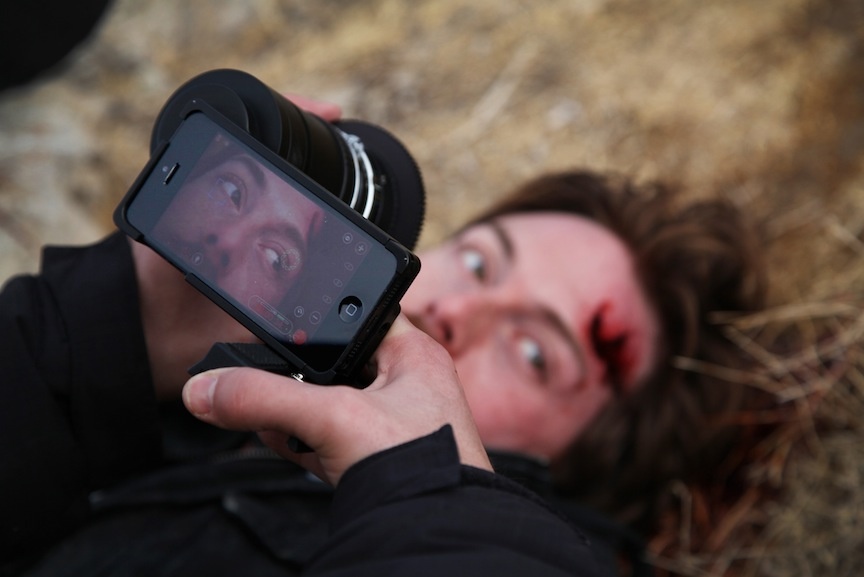 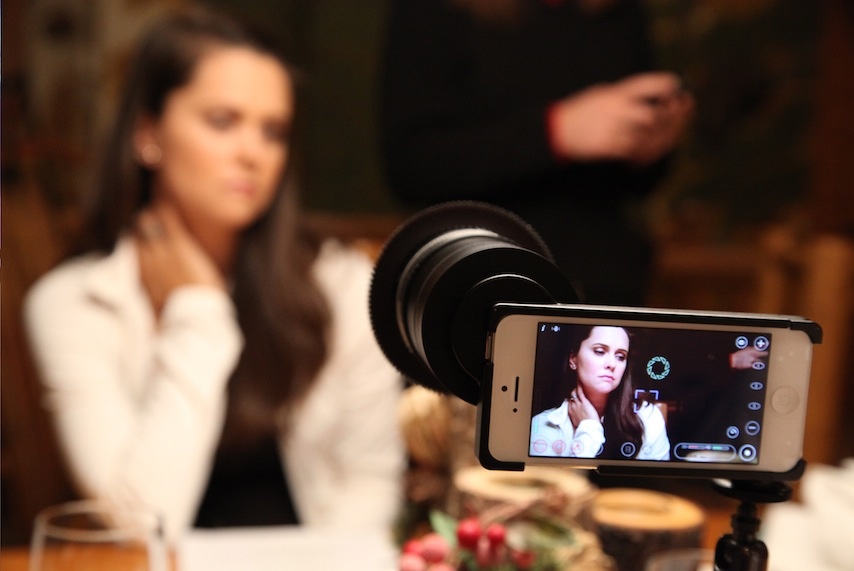 What were the challenges while shooting on the iPhone?

“Extremely cold weather (as low as 5 degrees Fahrenheit) proved to be one of the most difficult hurdles while shooting. A fully charged iPhone 5 will die in less than two minutes when exposed to these frigid cold temperatures. In between takes the filmmakers would have to place the camera underneath their armpits to keep it warm. Numerous takes were lost because the camera would continually die mid-shot.” 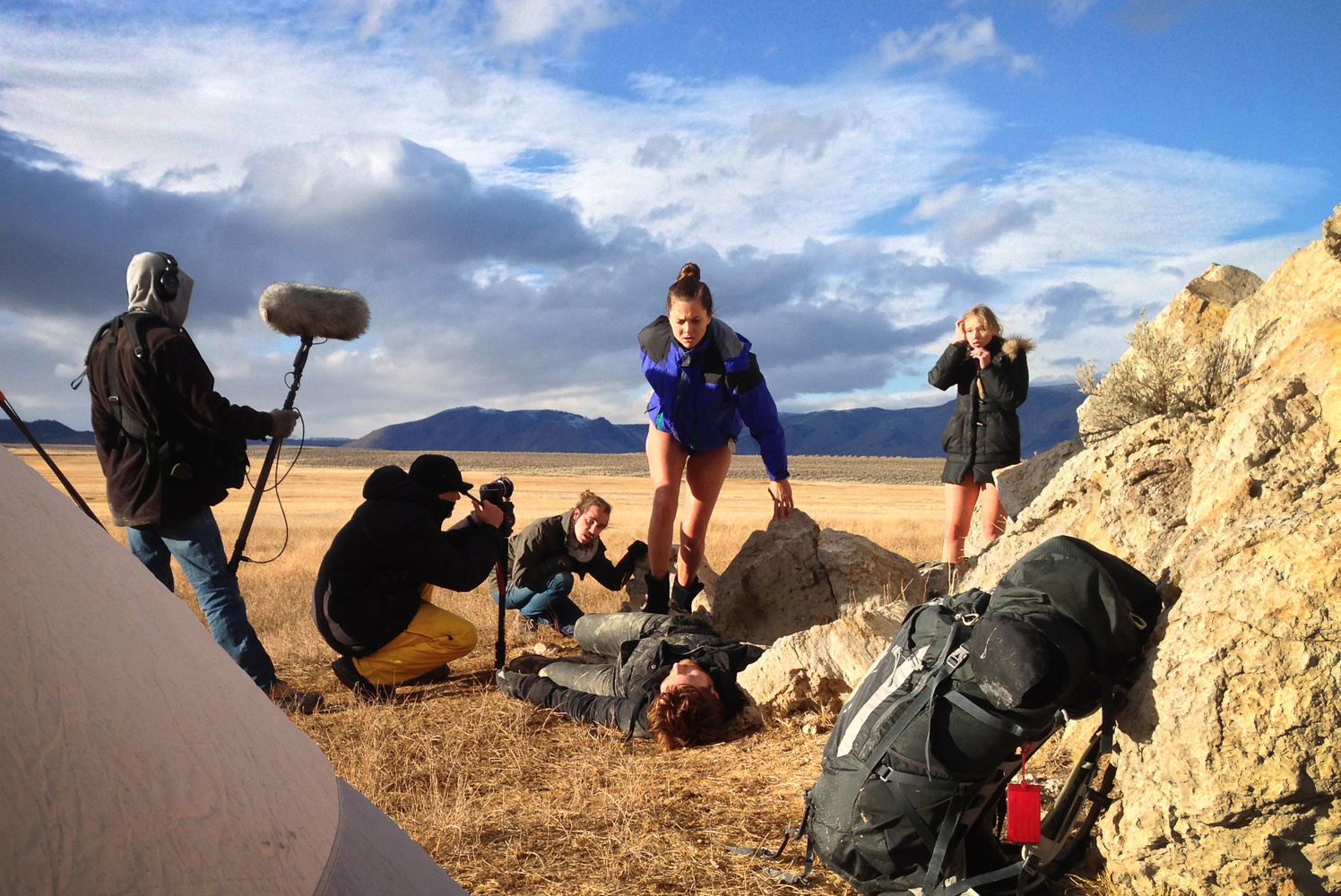 What do you want to say to other filmmakers who are thinking about shooting their next project on an iPhone?

“The most important question that filmmakers need to ask themselves when shooting with alternative cameras isn’t “how do I do this?” but rather “why am I doing this?” If used in a creative and non-gimmicky way, I encourage other filmmakers to use these cameras to explore and push the ways in which we tell stories. And Uneasy Lies the Mind was shot with a very small budget on a camera that most of us carry around in our pockets. This movie truly defines what the democratization of filmmaking has become. Since the beginning of the French New Wave all the way to the rebirth of Independent Cinema in the early 90’s, we are again in the middle of a cinematic revolution where anyone with a vision, courage, and determination can go out and make a movie for the whole world to see.” 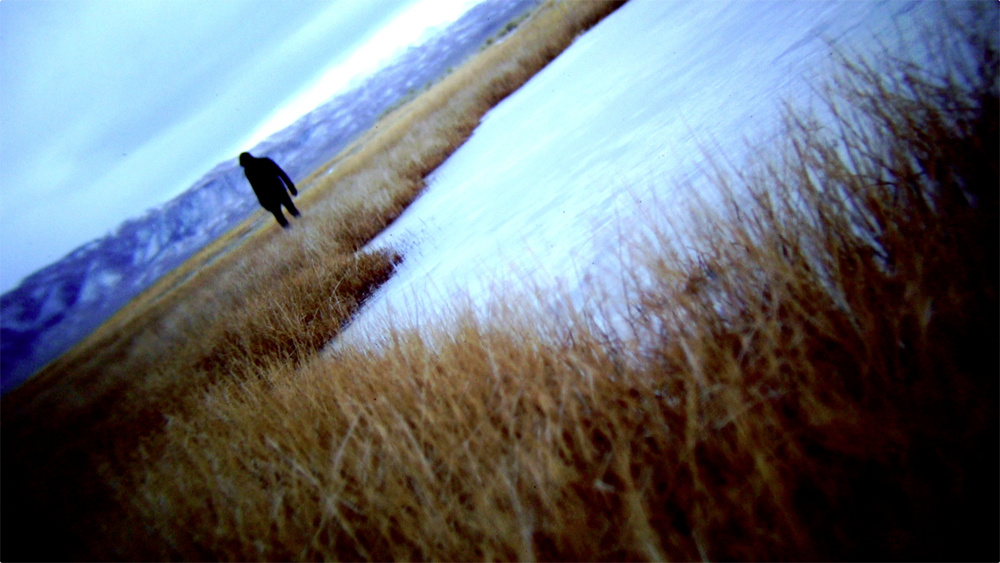